Looking for the best December 2021 book releases!? Check out this collection of new books coming soon for young adult and adult readers.

This post contains affiliate links, meaning we earn a small dollar amount when you purchase through them, but your price is not affected.

Ahh it’s almost the wonderful time of the year so why not celebrate the holiday season early by pre-ordering yourself a new book! Or dare I say, new books.

Because publishers and authors like to release their books in plenty of time for the gift-giving season, December tends to be a slower month for new releases.

But not to fear, there are still tons of amazing titles left to drop in 2021!

There are some highly anticipated new YA book releases dropping this December from beloved authors like Karen McManus, Adam Silvera, and tons more!

Please keep in mind that this is just a hand-selected collection of new YA book releases coming out in December 2021. There are tons of others not included in this post.

You’ll Be the Death of Me by Karen M. McManus

Type A Ivy lost a student council election to the class clown, and now she has to face the school, humiliated. Heartthrob Mateo is burned out–he’s been working two jobs since his family’s business failed. And outsider Cal just got stood up…. again.

So when Cal pulls into campus late for class and runs into Ivy and Mateo, it seems like the perfect opportunity to turn a bad day around. They’ll ditch and go into the city. Just the three of them, like old times. Except they’ve barely left the parking lot before they run out of things to say…

Until they spot another Carlton High student skipping school–and follow him to the scene of his own murder..

If This Gets Out by Sophie Gonzalez

Eighteen-year-olds Ruben Montez and Zach Knight are two members of the boy-band Saturday, one of the biggest acts in America. Along with their bandmates, Angel Phan and Jon Braxton, the four are teen heartbreakers in front of the cameras and best friends backstage. But privately, cracks are starting to form: their once-easy rapport is straining under the pressures of fame, and Ruben confides in Zach that he’s feeling smothered by management’s pressure to stay in the closet…

Ben has spent his first year of college working on his fantasy manuscript with his writing partner Mario, who is a great Spanish tutor, and an even better kisser. So why can’t he stop thinking about the fact that Arthur’s back in town two years after they called it quits?

The Midnight Girls by Alicia Jaskinska

It’s Karnawał season in the snow-cloaked Kingdom of Lechija, and from now until midnight when the church bells ring an end to Devil’s Tuesday time will be marked with wintry balls and glittery disguises, cavalcades of nightly torch-lit “kuligi” sleigh-parties.

Unbeknownst to the oblivious merrymakers, two monsters join the fun, descending upon the royal city of Warszów in the guise of two innocent girls. Newfound friends and polar opposites, Zosia and Marynka seem destined to have a friendship that’s stronger even than magic.

The Righteous (The Beautiful #3) by Renée Ahdieh

Pippa Montrose is tired of losing everything she loves. When her best friend Celine disappears under mysterious circumstances, Pippa resolves to find her, even if the journey takes her into the dangerous world of the fae, where she might find more than she bargained for in the charismatic Arjun Desai.

How Not to Fall in Love by Jacqueline Firkins

Harper works in her mom’s wedding shop, altering dresses for petulant and picky brides who are more focused on hemlines than love. After years of watching squabbles break out over wedding plans, Harper thinks romance is a marketing tool. Nothing more. Her best friend Theo is her opposite. One date and he’s already dreaming of happily-ever-afters. He also plays the accordion, makes chain mail for Ren Festers, hangs out in a windmill-shaped tree house, cries over rom-coms, and takes his word-of-the-day calendar very seriously.

No Beauties or Monsters by Tara Goedjen

Rylie hasn’t been back to Twentynine Palms since her dad died. She left a lot of memories out there, buried in the sand of the Mojave Desert. Memories about her dad, her old friends Nathan and Lily, and most of all, her enigmatic grandfather, a man who cut ties with Rylie’s family before he passed away. But her mom’s new work assignment means their family has to move, and now Rylie’s in the one place she never wanted to return to, living in the house of a grandfather she barely knew.

Shop “No Beauties or Monsters” here >>

The Big Reveal by Jen Larsen

Addie is a talented dancer, a true-blue friend, fat, fierce, and driven. When she’s accepted into the prestigious dance program of her dreams, she thinks nothing can bring her down—until she realizes she doesn’t have enough money to go. Refusing to give up, Addie and her friends decide to put on a top-secret, invitation-only burlesque show to raise funds. But word soon gets out, and the slut- and body-shaming begin. Has Addie been resisting the patriarchy, or playing right into its hands?

The Unraveling of Luna Forester by Marisa Noelle

When his best friend Luna is found catatonic after a devastating house fire, Matthew begins to fall apart.

“Take care of them, Matthew.”

That’s the promise he made to her only three nights ago. A solemn vow to protect their large found family of humans and supernatural creatures alike.

Heart of the Impaler by Alexander Delacroix

Ilona Csáki has no desire to marry the voivode’s eldest son, but love and marriage are the least of her worries.

The royal family’s enemies have already tried to put an arrow through her back—and if anyone discovers her blossoming feelings for her betrothed’s cousin Andrei, and younger brother, Vlad, she may just wish they’d succeeded…

Shop “Heart of the Impaler” here >>

There are some super fun books dropping in December from beloved authors like Shea Ernshaw, Meghan Quinn, and Darby Kane. Not to mention, tons of other indie authors as well!

Please keep in mind that this is just a hand-selected collection of new Adult book releases coming out in December 2021. There are tons of others not included in this post.

The Love Con by Seressia Glass

Sometimes Kenya Davenport believes she was switched at the hospital–how else could a lover of anime, gaming, and cosplay come from STEM parents? Still, Kenya dreams of being able to turn her creative hobby into a career. She finally has a chance to make it big when she joins the reality show competition Cosplay or No Way…

The Paid Bridesmaid by Sariah Wilson

Rachel Vinson is a bridesmaid for hire: part confidante, part wedding planner, and one hundred percent pretend BFF. Discretion guaranteed. Her next gig is a destination wedding—live-streamed and sponsored—for an Instagram influencer. That means a paradise of new contacts, which could be a boon to her already booming business. If Rachel can keep the very handsome and slightly too interested best man at bay, that is.

A History of Wild Places by Shea Ernshaw

Travis Wren has an unusual talent for locating missing people. Hired by families as a last resort, he requires only a single object to find the person who has vanished. When he takes on the case of Maggie St. James—a well-known author of dark, macabre children’s books—he’s led to a place many believed to be only a legend.

Soon after upending her life to accompany her boyfriend Ryan to the Arctic, Maya realises it’s not all Northern Lights and husky sleigh rides. Instead, she’s facing sub-zero temperatures, 24-hour darkness, crippling anxiety – and a distant boyfriend as a result.

In her loneliest moment, Maya opens her late mother’s recipe book and cooks Indian food for the first time. Through this, her confidence unexpectedly grows – she makes friends, secures a job as a chef, and life in the Arctic no longer freezes her with fear…

Jenna was determined to leave her dark past behind her and build the life she’d always wanted, but just when she thought all her dreams were finally coming true, a shocking incident shattered her fairy-tale life, and now she’s hiding a terrible secret—a secret that could cost her everything…

Evenings by the Fire by Debbie Macomber

Jason Manning is content with his life as a carefree bachelor, until a precocious girl decides to play matchmaker and introduces him to her mother. To Jason’s relief, Charlotte Weston is as uninterested in a relationship as he is. Charlotte likes Jason, but there’s no way she’s putting her broken heart on the line again. As their feelings start to deepen, can Jason convince the stubborn Charlotte that they’re better together?

Shop “Evenings by the Fire” here >>

The Ballerinas by Rachel Kapelke-Dale

Fourteen years ago, Delphine abandoned her prestigious soloist spot at the Paris Opera Ballet for a new life in St. Petersburg––taking with her a secret that could upend the lives of her best friends, fellow dancers Lindsay and Margaux. Now 36 years old, Delphine has returned to her former home and to the legendary Palais Garnier Opera House, to choreograph the ballet that will kickstart the next phase of her career––and, she hopes, finally make things right with her former friends. But Delphine quickly discovers that things have changed while she’s been away…and some secrets can’t stay buried forever…

Promise to Keep by J.L. Beck

I knew running from Adrian wouldn’t be easy. That there was a risk I would be caught, but I never anticipated he would go to such great lengths to find me. Now that he knows what I’ve done I wonder if there will ever be love between us again, or if we were always meant to be enemies?

The Replacement Wife by Darby Kane

Elisa Wright is a mom and wife, living a nice, quiet life in a nice, quiet town. She’s also convinced her brother-in-law is a murderer. Josh has one dead wife and one missing fiancée, and though he grieved for them he starts dating someone new. Elisa fears for that woman’s safety, and she desperately wants to know what happened to her friend, Josh’s missing fiancée.

The One Night by Meghan Quinn

Recently divorced Cooper Chance knows he’s officially in a rut when his parents take him barhopping in the hope of resuscitating his love life. At first, he’s skeptical. How could a gritty dive bar possibly solve his problems? But then he runs into Nora McHale… 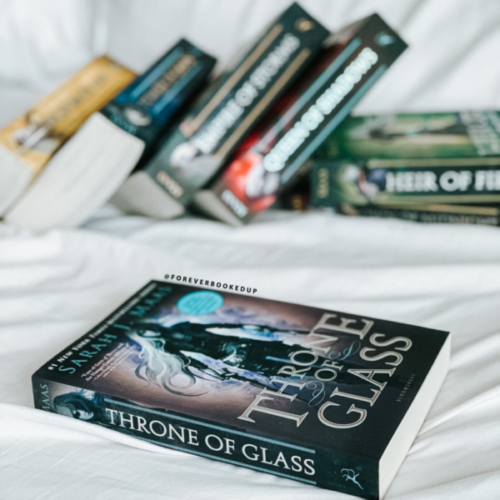 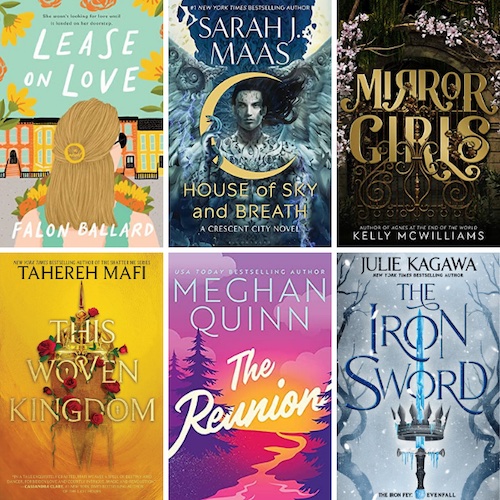 February 2022 New Releases For YA & Adult 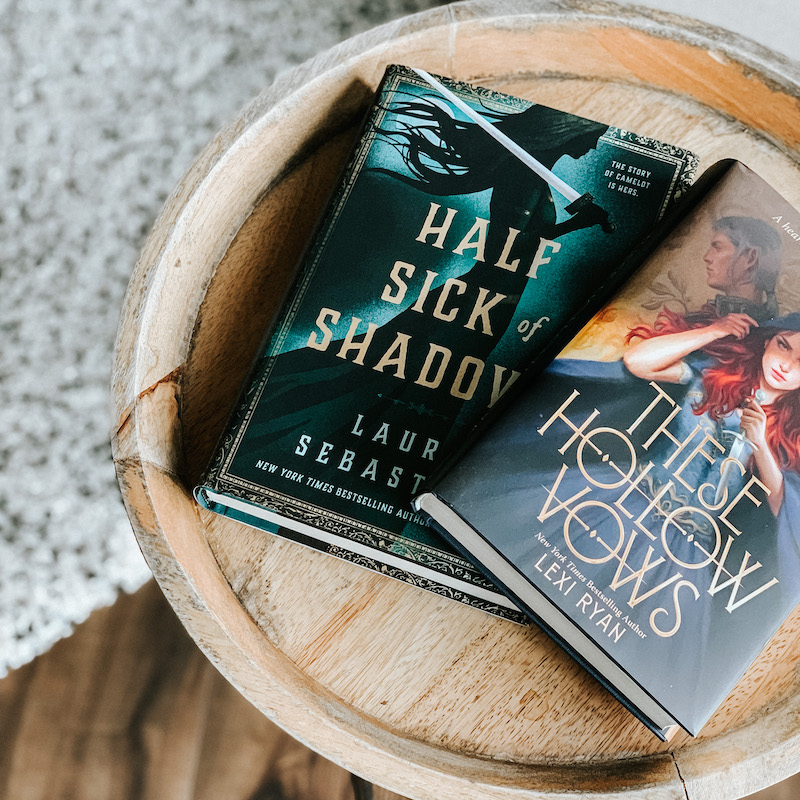 The 30 Best Fall Books for Fantasy Readers in 2021 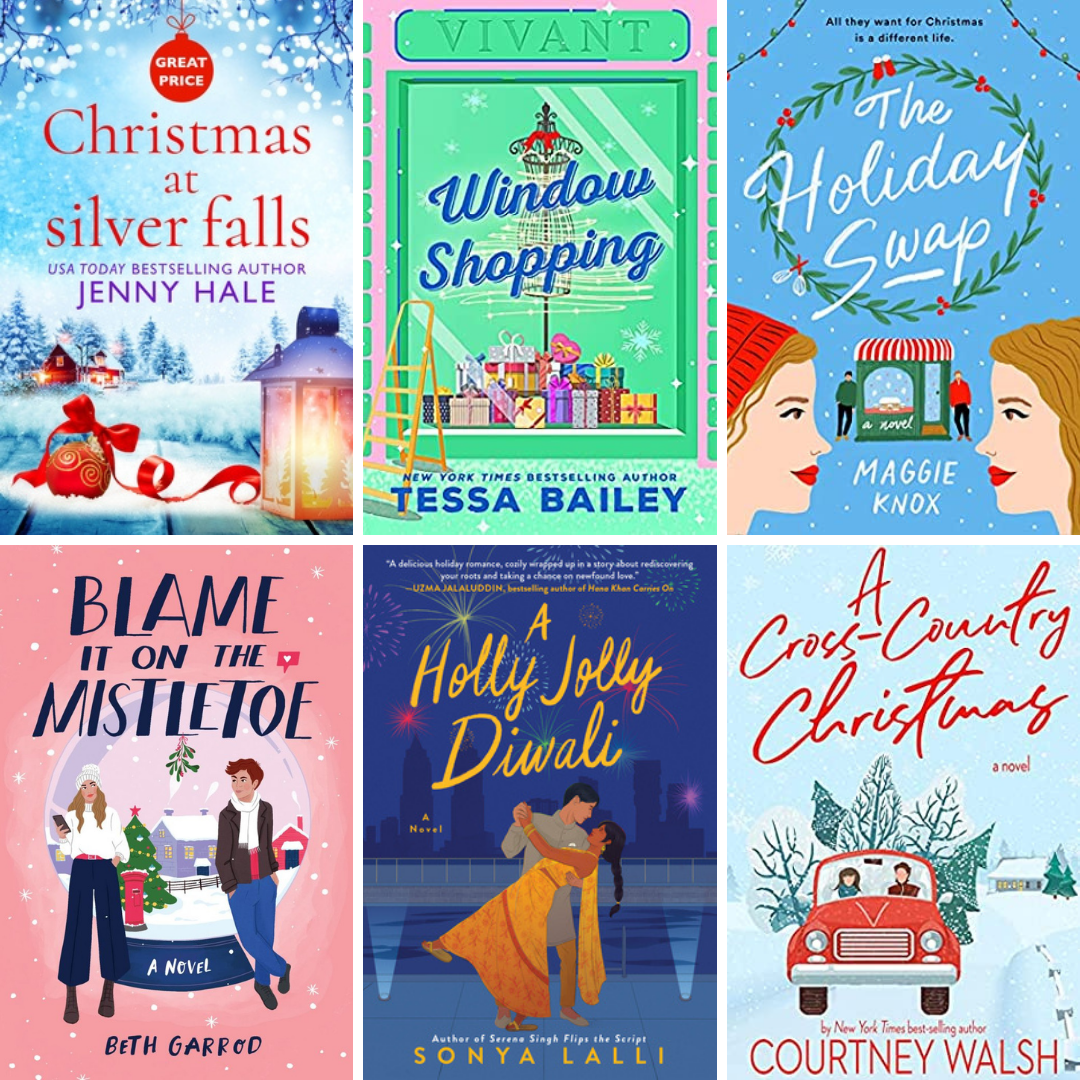 My name is Danielle and welcome to ForeverBookedUp! This is a place for all things bookish. From the best book lists to must-have reading accessories, FBU is your new bookish BFF. And if you want more bookish content, be sure to follow FBU on social!

A little stack of winter book recs ❄️ The Ci

QOTD 👉🏼 What’s your current read and how a

QOTD 👉🏼 Tell me a book you’re hoping to re

QOTD 👉🏼 Who is an author that you’re super

After I Do
by Taylor Jenkins Reid

The Wicked Deep
by Shea Ernshaw

Copyright © 2023 · Clover on Genesis Framework · ForeverBookedUp is a part of various affiliate programs. As an Amazon Associate, I earn from qualifying purchases made through affiliate links. All opinions are my own.